Imagine you are blissfully driving home on a Friday evening after an uneventful and mundane week at work. All of a sudden, Godzilla appears out of nowhere and starts devastatingly destroying your city. You don’t know what to do at first, but then you remember that you could be documenting the event with your phone. So your carefully pull your vehicle over to the side of the road, get out of your car, and unlock your smartphone. 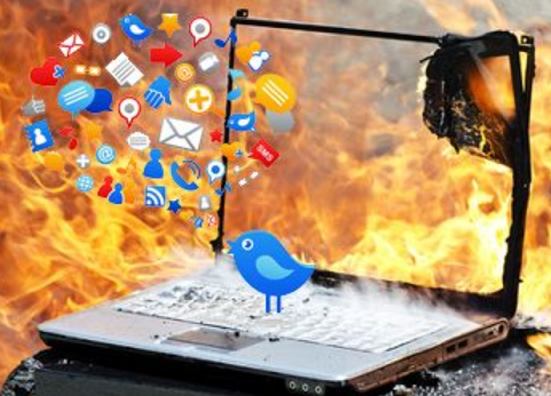 At this point, what a person chooses to do varies. Today, there are a multitude of different options for sharing events on the internet. From my experience, a younger person might post a picture or video to Instagram or Snapchat, while others might choose to begin “tweeting” a play-by-play on Twitter, or start live streaming on Facebook, Twitch, or YouTube. These different avenues of social media can keep the public informed using first-hand accounts. Perhaps Godzilla has just destroyed several of the local news stations. The social media phenomenon provides a very robust and decentralized flow of information that can survive a moderate level of infrastructure attacks. In this example, Godzilla destroyed the local news stations. If this had happened a few years earlier, a majority of the general public would not have had access to any updates on the situation. If both the television and radio stations in the area had been destroyed, it is quite likely that no one except for those witnessing the attack first hand, would have even known it was occurring. The solidity and ubiquity of the internet and social media is able to keep people informed during a crisis.

In frightening and desperate times, social media provides a vital avenue for individuals to connect with their friends, family, and neighbors. If a flood or other natural disaster occurred, in which televisions were all underwater, or perhaps there was no electricity, people could use social media to get in contact with neighbors or family to coordinate efforts to find ways to stay safe while waiting for rescue, or even to help rescue others. There is also a tremendous psychological impact of staying in touch with loved ones during that type of situation. Even after the catastrophe, social media can be used to help men, women, and children who have been affected. Compassionate people frequently start crowd-funding campaigns on websites like GoFundMe to help victims of tragedies, and one of the primary way that people learn about these efforts is through people sharing it on social media. In August 2016, The Coble family was able to raise over fifty thousand dollars on GoFundMe so that they could rebuild their house and their lives after a fire destroyed everything they had. As of right now, the campaign has currently been shared over 1,900 times on social media.

Last year in our area, there was a massive ice storm. The roads were so slippery that abandoned cars and trucks, which had lost control and spun out, littered the sides of roads. Practically the whole city was paralyzed, and we, along with many other families, were stuck out in the bitter cold. We were able to make it to a grocery store where other families had taken shelter. We were able to use social media to learn from other people in our area about the road conditions along the route we would need to take on our way home. This use of social media during a treacherous situation could have actually saved lives and, in our case, greatly brought support and comfort.

The widespread availability of the internet allows many diverse sources of information and news to circulate. If there ever was a national emergency in which there physically wasn’t enough reporters to keep the public informed, people can step up and become reporters themselves. This can be both a good thing, and a bad thing. While it would be very difficult to fake a widespread disaster like Godzilla with hundreds or thousands of people all reporting on it at the same time, there are still times when a phenomenon commonly known as “fake news” can take place. When fictitious stories or doctored photos are posted to social media, sometimes merely as parody or satire, the general public is susceptible to accept it as fact, and “repost” it to their own social media feed, or worse, retelling the account in their own words, often with good intentions. This can cause a downward spiral of information that is similar to a game of “telephone,” where the original story can become extremely obfuscated by people simply retelling a story as they interpreted it. Occasionally, people using a pseudonym will attempt to intentionally mislead the public with false information for either personal or political gains, or to simply cause commotion for their own enjoyment. However, not every case of published falsehoods come from an anonymous source. A media organization with a political agenda could purposely choose to withhold certain stories from being published, or twist word and sentence order so as to paint the subject of their story in a less accurate, yet more narrative-fitting light. Unlike “telephone,” people are allowed to quickly and easily do research on what they see on social media. If everyone did a little fact-checking before sharing a story, there would be less confusion when it comes to social media news stories, and they could be trusted more often. The decentralized nature of the internet allows people to get their news from multiple sources, making it much more difficult for people with an agenda to deceive the public, provided we do our homework. Do not let this single senseless side-effect of the internet and the anonymity it brings taint your perception of social media news as a whole. There are a lot of fantastic use cases in which social media can provide extremely useful and sometimes indispensable information and services.

Perhaps the whole Godzilla story never happened. Maybe it was just a link to a song someone shared on Facebook, and people started posting it around the internet as fact. Whatever the case may be, the next time Godzilla decides to start hopping around, just remember that you have the power of social media to make a difference.

NOTE: This is an article piece that took part in our Essay Writing Competition. It was selected to be one of the essays that compete for the second prize. Congratulations!

I chose this topic because I believe it is a very important and utilitarian use of social media. Thank you for your consideration.