I am currently sitting at a corner table in Starbucks, sipping my Chai tea latte and stretching my fingers -a ritual I must always complete before writing – when I notice the abrupt quiet of the three girls sitting at the table beside mine. Only seconds ago, they had been chattering excitedly about their winter formal. Had they left without my noticing? I look over -trying to be inconspicuous about it- and see that they’re still there. In the exact same positions as before, except — oh of course, they’re all on their phones now. Thanks to another nosy peek, I notice that they’re fixated on their phone screens, absorbed by the power of the almighty photo-sharing app, also known as Instagram. What a perfect example of how social media ruins interpersonal relationships, right? Wrong. In my opinion, this proves the opposite: social media strengthens and creates relationships. 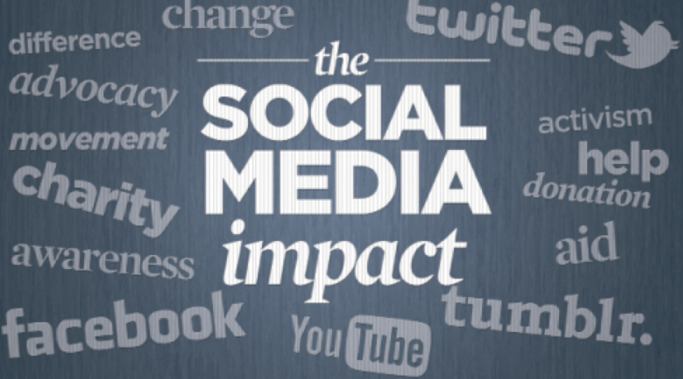 Now, before I get an onslaught of hate from social-media-haters, allow me to explain myself. Those three girls on their phones, they might not be communicating with one another, but they’re connecting with people through Instagram. Liking friends’ post, commenting how nice, or -in more modern terms- ‘bomb’ they look. They’re connecting with people, communicating with them. Yes, it is through a screen and it isn’t the old-fashioned face-to-face communication, but so what?

When I double-tap someone’s post, or chat with them on Whatsapp, I’m communicating with them. Communication that would not have happened if social media didn’t exist. I think that we can all agree, that the more you communicate with someone, the deeper your understanding of that person, therefore the stronger your relationship. This shows that social media creates and increases chances for communication with other people, strengthening our interpersonal relationships.

Another way that relationships can be strengthened by social media, is in long-distance relationships. Before the internet was invented, keeping in touch with a friend or lover who lived thousands of kilometers away was tough. It happened perhaps once a month, if that. Today, this is possible every day, multiple times a day, through social media. The ease of texting someone through Facebook or Snapchat allows long-distance relationships to work, and continue. When I left Italy, I promised my friends there that we would skype every week to keep our friendship alive. I have kept that promise to this day, and they still are friends that I know I can rely on at any given moment. Had I not contacted them at all in these past few years, I would not know where they are, or how they are doing, and our friendship would have gradually but inevitably died out. Skype allowed me to keep, and further develop our friendship.

Another way that social media impacts interpersonal relationships, is by creating and increasing them. It allows us to form new relationships. Apps like Tinder that people use to find a partner, are perfect examples of this. I personally know a guy, Mike, who met his current wife through Tinder. They now have a baby girl, and are expecting their second. This was all possible thanks to Tinder. Tinder allowed Mike to create a new relationship with someone. This is not only the case for dating apps and romantic relationships, but also for friendships. The ‘suggested’ section of Instagram, or ‘mutual friend’ on Facebook allow us to connect with people that we don’t know in person, and more often than many people imagine, lead to a lasting relationship.

Some people might argue that these examples ignore the fact that ‘people misunderstand on social media’. Although social media may sometimes result in hurtful misunderstandings leading to rifts in relationships, the core problem in that is not social media . For example, my friend Aya once texted me a funny story, and I replied with a simple ‘haha’. I had genuinely found it funny, just didn’t have the time to reply with extravagant details of my reaction to the story. Aya took it the wrong way, saying that there was ‘no need to be sarcastic’. This is an example of how a misunderstanding can harm relationships. However, when I explained myself, we quickly got over it. If you can’t forgive or get over the happening, that is not the fault of social media, but it is your own fault, and shows that your friendship isn’t strong enough to withstand some pressure. There are times when you misunderstand even when talking face-to-face. If you can’t talk it through with that friend, it just goes to show that your friendship with them isn’t the strongest. All that social media does it make it easier for misunderstandings to happen, and therefore social media is not the core cause of ruined relationships.

A similar argument against social media is that it leads to increased cases of bullying. Social media and the anonymity that it allows you, makes it easier to bully, and hate on people. An example is the famous case of Amanda Todd, who was cyberbullied by an anonymous man, tragically resulting in her committing suicide. This example shows the role that social media plays in bullying: it makes it easier to bully. However, social media is not the reason that bullying occurs. It is merely a tool that bullies use to achieve their purposes. Having said that, we cannot deny that social media facilitates this.

As I have explained, the core cause of problems such as misunderstandings or bullying is not social media. The core problem behind social media may ruining relationships is the weakness of the relationship, but the chance of creating misunderstandings is increased by social media. Likewise, the core problem behind cyberbullying is the bully, but bullying is facilitated by social media. Social media is merely a tool that people use to do commit these acts. Having said that, we cannot deny that it does indeed, make it easier for these things to happen. Is social media completely blameless then? I believe that this is like the gun situation in the US. Some people say that ‘Guns don’t kill people, people kill people’. That is true, but guns are facilitating the killing, just like social media facilitates things like bullying.

These are two sides of the same coin: social media is merely a tool that increases our chances to connect with people. Sometimes, this means strengthening and creating our relationships with others. Other times, it means harming our relationships, by increasing the likelihood of misunderstandings and bullying.

So overall, what impact does social media have on our interpersonal relationships? Most of the times, it has a positive impact, by allowing us to develop our relationships with others, and even create new relationships. However, social media increases the chances of us ruining and harming our relationships, by making it easier for misunderstandings or bullying to occur, or using the previous metaphor, acting as the gun for murderers to kill with. There is always a downside to something so useful and innovative. It is up to us to decide how we use social media. My mind wanders back to the silence of the table beside me. The girls are still on their phones. I wonder how they chose to use Instagram. Gathering my empty Starbucks cup and my belongings, I get up to leave.