It is no telltale or gainsay that the present age we find ourselves has brought with it many developments and breakthroughs that never characterized the days of those who lived in decades past. The drastic and fast-paced increase in knowledge, through the upward boom in digital revolution and the new media truly reveals the age-long anticipation of ‘many’ with the aphorism: ‘and knowledge shall increase’. The goodwill/incentive that this facet in the history of humanity has brought, through the social media and information and communication technology, does not impede our understanding of its deleterious impact. It is against the backdrop of this undeniable influence of Social Media, most especially on the category of peoples termed ‘youth’ that a systematic evaluation is made in this essay. 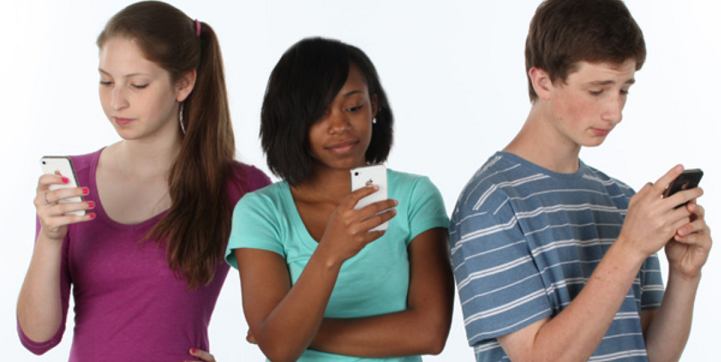 Social Media are computer-driven tools that aid social interaction among people, through which they create, share, or exchange information and ideas in virtual communities and networks (Wikipedia). It is regarded as an offshoot of the relatively recent emergence of the World Wide Web (www) in the late 1990s. The emergence of the internet, although in its relative recency, has also brought an elaborate change in the economic, political, intellectual and socio-cultural interaction in the world. The new media and digitization as features of this age has also helped to bridge the geographical and territorial boundary that exist among countries of the world, thereby, making the world a global village and a virtual community. The Social Media is therefore a computer-driven tool, created to enhance social interaction within and among the human community as a means of promoting social relevance and impact through established networks. The development of Social media applications is on the increase. An endless list of them would suffice, but popular among these include: Facebook, WhatsApp, Facebook Messenger, QQ, WeChat, Qzone, Skype, Twitter, LinkedIn, Google+, YouTube, Pinterest, Instagram,Tumblr, Snapchat, PinInterest, Telegram, etc. Many of these applications are widely used across the world, and have been useful for several unfathomable services.

According to the United Nations, “youth is best understood as a period of transition from the dependence of childhood to adulthood’s independence and awareness of interdependence as a member of a community” (UNESCO http://undesadspd.org/Youth.aspx). They are regarded as persons between the ages of 15 and 24 years.This definition is nevertheless subject to other definitions of ‘youth’ as desired by Member States (UN Instruments, Statistics). Also, the African Youth Charter defines ‘youth’ as persons between the ages of 15 and 35 years (African Union 2006). Therefore, owing to the foregoing, a youth is simply a young individual between the periods of childhood and adulthood. Even though there seems to be a divergent view on the age bracket of individuals that fall within this group, uniform characteristics of youth have been identified as, but not limited to- radiance, freshness, vigor, spirit, and strength. In August 2017, the world youth population was been pegged at 1.2billion, which covers 16 percent of the 7.5billion world population (Population Reference Bureau 2017).

The social media is a stratum of Information and Communication Technology (ICT), and so far in the history of the latter, youth have been recorded to be the most active users. The International Telecommunication Union (ITU) reported that ‘young people all over the world are the most active users of ICTs’ [ITU, 2013, https://www.itu.int/en/ITU-D/Statistics/Documents/publications/mis2013/MIS2013_without_Annex_4.pdf]. Moreover, the benefits of social media as a strand of ICT cannot be downplayed. It has played a key role in youth’s rise to prominence on a global scale and has also helped them to mobilize and collaborate.It has given them a voice where before they had none, and a chance where before there never was’ [ITU, 2013, https://www.itu.int/en/ITU-D/Statistics/Documents/publications/mis2013/MIS2013_without_Annex_4.pdf]. Through it (the social media), accolade have been accorded to a number of brilliant youth like:Rowan Blanchard– a fourteen year old girl who through the social media, had her essay on ‘gender inequality’go viral, ranking up to about 97, 000 likes on Instagram, amaze and impact lives and project herself as an outspoken activist and feminist across the globe; also, William Turton– a seventeen year old, who through curiosity, diligence and of course the social media reports cyber attacks on websites (Time Inc. 2015). More could also be said of Olivia Hallisey, Malala Yousafzai , Tiffany Zhong, Maisie Williams and many others who through the social media have made indelible imprints on the sands of time.

Despite the apparent benefits accrued to social media, it has been revealed that ‘from the crooked timber of humanity, no straight thing was ever made’ (Immanuel Kant). This implies that every invention, irrespective of its wide acceptance, usefulness and benefits, has its inadequacies. The Social media has benefited youth in myriad of ways; yet, the impish tendencies have drowned many youth in much sorrow and hurtful lusts. Cases of cyber-crime, cyber-sexting, cyber-bullying, internet addiction, revenge porn and many other vices are particularly identified among youth in various countries today. This is primarily because of the wrong use of the adroitness, inquisitiveness and vigor that characterizes the age. In fact, crimes such as harassment and threats, as well as fraud and performance crimes- where criminals boast about their criminal behaviour to their friends and followers online are the common evils popular among youth today. The ability of this to influence other ignorant and adventurous adolescents is almost an unavoidable vice.

The rising impact of social media on youth health nowadays is not only alarming, but also attracting global medical consortium. The early exposure and addiction of today’s youth to social media, through a protracted concentration on technological devices such as phones, computer systems, tablets, and many others have exposed them to a number of medical conditions formerly common to adults. Its coil of academic laziness on them cannot also be overlooked. This is as a result of the addictive tendencies most of these social media tools provide. Most social media applications are built with the ‘mesmerizing effect’; as developers desire to have their respective apps become a semi-god and an indispensable tool in the hand of many, even to the point of being the first thing everyone would lay hands on immediately s/he arises from bed. On account of this, ITU has reported that ‘worldwide, youth are nearly two times more networked than the global population as a whole’ [ITU, 2013, https://www.itu.int/en/ITU-D/Statistics/Documents/publications/mis2013/MIS2013_without_Annex_4.pdf].

My choice of the topic “Social Media Influence on Today’s Youth” was bred from my concern on the ‘increase in knowledge’ and the place of young individuals in making impact in the world. Going by statistics, it is observed that there is an increase in youth population worldwide, and a great number of them are rather more susceptible to negative influence. A continuous orientation and re-orientation on the proper direction of the zeal and curiosity that characterizes these group of persons termed ‘youth’ through social media will go a long way in contributing positively toward their impact in the present age.