Availability of efficient data-analytics tools embedded in modern social media as well as the immense popularity of various platforms that only keeps increasing nowadays open new perspectives for both small and large businesses. Meme marketing is just one such possibility but it is the one that already becomes an immensely powerful tool.

The majority of people know what a meme is. All those funny pictures and gifs that can be easily adapted to almost any situation and become viral in no time whatsoever have more potential than just improve people’s moods. Good marketing specialists always pay attention to research and new trends that predetermine the growth of opportunities as well as new tools’ emergence. Meme marketing in social media marketing is a great tool that can be very efficient if used properly or extremely dangerous if critical considerations are ignored.

Just like any other marketing tool, meme marketing has its own peculiarities that should be considered by SMM specialists while coming up with social media campaign ideas: 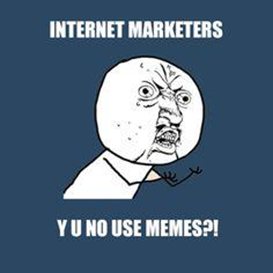 Utilizing memes in a company’s social media campaign may result in the synthesis of positive effects on advertising and revenues. Appropriate use will be highly appreciated by the target audience: 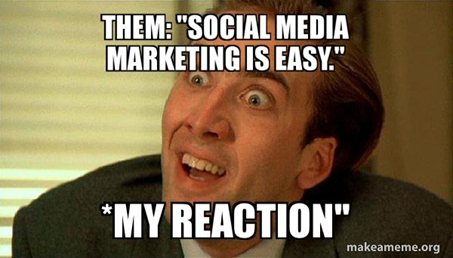 While adopting meme marketing may appear to be super easy, it is far from being true, which is proved by multiple examples of big companies’ failure to create memorable or at least understandable meme. SMM specialists responsible for using this instrument must understand what the audience wants and whether the suggested meme will create the desired effect. Otherwise, these are some of the disadvantages that may undermine the effectiveness of meme advertising:

If you were recently introduced to marketing and memes, we present a short list of basic tips on how you can incorporate a simple  meme into your social media feed:

Many companies, organizations, and brands are not afraid to use memes as a tool for their marketing strategy. In order to do it successfully, just trust your instincts, observe how others’ do it, and go on. If you think that the meme you created is not funny, insightful, or relevant your customers probably won’t as well. Know that the more memes you consume, the better you will create them. Go and meme!

Correct use of already existing classical memes or creating entirely new content may be extremely beneficial but as with any other technique, this SMM strategy must be balanced, carefully developed, and utilized by people who know what they are doing. The appreciation of new generations is the perfect tool to indicate the correct use of this novel SMM strategy. When customers are laughing because of funny and effective content you created instead of your company itself, the meme advertising strategy may be treated as effective.

It is a very tricky technique but its correct use will be highly beneficial in the modern world, where millennials constitute a large part of the target audience of many brands and social; media use became prevalent. Finally, work should not be boring but challenging and funny instead. Only in this case it will inspire other people and create the best possible connection.

Mark Blackwood dedicated a lot of effort and his time studying the development of marketing trends with the pace of time. Oftentimes his responsibilities included keywords research and checking online translation services reviews to ensure cultural appropriateness of developed marketing campaigns. He is currently considering writing a book based on gathered experience in the marketing field.