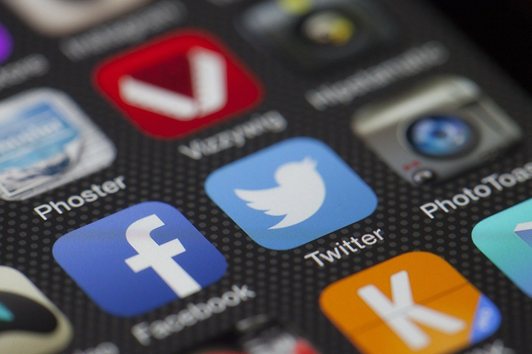 On the surface, Twitter seems pretty simple. Tweet something in 280 characters, use some hashtags and hope that the followers come rolling in by the thousands.

Unfortunately, there’s more to it than just tweeting your heart out and expecting everyone to listen. Here are 10 essential Dos and Don’ts that every Twitter user should implement to help optimize interaction, keep followers happy, increase their number of followers and avoid looking like a spammer.

Don’t Be an Egg

Unless you want to come across as a spammy nobody, leaving the default egg icon as your Twitter profile picture is probably a bad idea. If you want to attract followers and interaction, consider uploading a personal portrait, business logo or something else. Fill out the rest of the profile, including bio, location, website and header image to promote the fact that you’re a real human being using Twitter and not a spambot.

For example, you’re a business owner and you want to promote the products or services to your potential customers. In this case, you should establish a logo that can help your customers identify you among others.

Twitter has gotten serious about featuring visual content on its platform. You don’t have to attach images and videos to every tweet, but if you want your followers to take notice — a good photo can be hard to ignore. Photos shared on Twitter tend to get more interaction that tweets with just text.

For example, your business relates to selling clothes. So it’s bad not to show your customers colorful and attractive images because visual aids are essential to being noticed.

Don’t Manually Retweet Users, unless You Have a Comment to Add

A manual retweet involves copying another user’s tweet, pasting it into your tweet box and then adding RT @username before the tweet. Lots of seasoned Twitter frowns upon this technique because the user who made the manual retweet might get replies, favorites or native retweets — taking that away from the original user who tweeted it. Stick to pressing the “retweet” button under a tweet to retweet the whole thing. It’s a lot easier. Only send out a manual retweet or modified tweet if you have a comment of your own to add to it.

So it is better to write unique tweets, but if you really like someone’s good content, you may retweet it with additional comments expressing your own opinion on the topic.

Although Twitter now doesn’t count the number of characters from a really long hyperlink in its 280-character tweet limit, it still doesn’t hurt to use a URL shortener to clean up the look of your tweets. Bitly is a popular choice, but there are many other URL shortener alternatives that you can use as well. With a tool like Bitly, you can also track the clicks you get on the links you tweet.

Since people read only thing they like visually, it’s better to clean up your tweets so that your followers want to read your writing. By the way, it lets them know that you care about your profile and obviously customers.

It was once thought to be a good Twitter marketing strategy to set up your account with a social media management tool so you could send automated direct messages to any new user who followed you. More often than not, those automated spam DMs always went something like: “Thanks for the follow! Check out my website at mywebsite.com” Don’t do this. Instead, focus on making real connections rather than spamming people you hardly know with your website link.

Twitter.com and the Twitter mobile apps are pretty good and always improving, but if you’re a Twitter power user, you may want to consider managing all your Twitter activity with a good social media management tool like TweetDeck. TweetDeck lets you build columns so you can see everything on one screen — including your own timeline, replies, DMs, interactions or any hashtags you’re following. It’s also a go-to tool for people who need to manage multiple Twitter accounts.

Don’t Stuff Tweets with Too Many Hashtags

We love hashtagging on Twitter, and it can be a great way to engage in conversation, but some people end up really overdoing it. With just 280 characters to get your message out, there’s no need to cram in anything more than two or three hashtags. Keep in mind that not every single tweet has to contain hashtags. In fact, it’s better if you limit it as much as possible. A tweet with too many hashtags and blue links just appears to be an overly promotional message not worth reading.

For example, you want to bring a particular information to your followers and promote a tweet simultaneously. In this case, write down the information you’d like to bring, single out two-three words that describe your tweet fully and make them hashtags.

Do Schedule Tweets to Spread Them out Throughout the Day

If you don’t have time to be managing your Twitter account all day and would rather not spit out 10 tweets in a row over the half-hour lunch break you have, you should consider using a tool like TweetDeck to schedule your tweets so they’re automatically sent out at different set times throughout the day or week. Buffer is also another great alternative that optimizes your chances of your tweets being seen by scheduling them to be tweeted out at certain times of day when Twitter activity is highest.

Why is it useful? For example, you are busy or away, but not eager to lose your followers or potential customers. So it is important to schedule your tweets for people not to forget about you.

There are a lot of people on Twitter who like to play the #followback rule or claim to be a member of #teamfollowback, but that doesn’t mean that you have to do it too. Lots of users will follow you just to get a follow back. If you don’t follow them back, you’ll often see them disappear after a few days. These types of users are not genuine followers who are interested in your tweets, which is what you should be more concerned with. Stick with following Twitter accounts that interest you, and focus on interaction rather than numbers.

One of the best ways you can jump right into a conversation is by getting involved with a scheduled Twitter chat in any area of your interest or expertise. Check out popular Twitter chats for some ideas, along with the day and time they take place. Twitter chats are normally carried out by using and following a certain Twitter hashtag. For large and very active Twitter chats, you can avoid missing out on anything important by using a good Twitter chat tool.

It’s not so difficult to maintain a Twitter profile as it seems to be since you know what thing to avoid and what to follow.

About the author
Diane H. Wong is a business coach. She likes producing articles for do my writing. In this case, she has her own pages on some web sites. It gives her an opportunity to share her knowledge with others.