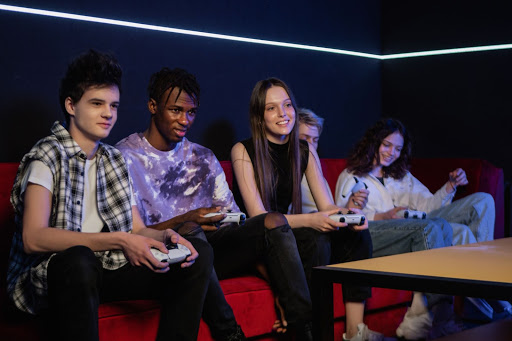 The gaming industry has come a long way in the past decade. The number of gamers has increased significantly, and today, it is estimated that there are more than three billion gamers around the world.

More importantly, as the numbers grow, even more money is being put into the gaming industry. This stimulates the industry’s growth, making it one of the most lucrative markets for promoting your brand.

One of the most efficient ways to tap into this vast market is through the power of influencers. To help your business grow, we will highlight the connection between influencer marketing and the gaming industry by showing you how other businesses are using influencers to increase engagement and drive sales.

It goes without saying that YouTube is the most popular video-sharing platform. According to the latest data, the platform has more than two billion MAU (monthly active users) and approximately 30 million daily active users. In other words, it’s a perfect tool for raising brand awareness.

However, even if you know the platform’s demographics and financials like the back of your hand, cracking the algorithm is not easy. For example, a channel that is strictly into promoting its brand would have a difficult time getting subscribers and views, and a campaign based exclusively on marketing would be far from successful.

So, to ensure the best results, businesses often rely on influencers to help them promote their brand. Gaming influencers are regarded as experts in the gaming industry, which is especially true if you consider the fact that their entire career revolves around creating content related to video games. 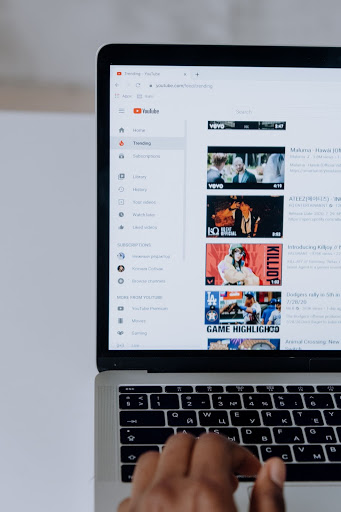 However, the most appealing fact about influencers is that they tend to build lasting relationships and engage their audience, whether through their content or through their personality. Regardless of the reason, the followers are there organically.

As we already know, nurturing leads is one of the most important aspects of both inbound and outbound marketing. This is precisely what influencers are doing by engaging with their audience, making them an excellent investment for every business.

The latest influencer marketing trend that video game developers can and often use to promote their games are the “Let’s Play” videos. In a nutshell, these videos are the new and modern take on game reviews.

They have nearly completely replaced the outdated written game reviews; they present the audience with a new and exciting way to find a game to play. After all, graphics, sound effects and music, and an immersive storyline are something that’s rather hard to portray with text alone.

Most often, video game developers would reach out to influencers and offer them a chance to try and test their alpha/beta version of the game. The influencers would then simply play that game, voice their opinion, and suggest possible improvements while simultaneously providing viewers with a great insight into the upcoming title.

While some influencers prefer trying out new games pre-release, others create content for already released games and enjoy sticking to either popular new games or to a specific genre, such as FPS, RTS, or MMORPGs.

This is extremely important to take into consideration because it allows video game developers to create a strategy that will increase the effectiveness of their campaign by choosing the right influencer to promote it.

After all, your goal as a marketer in the gaming industry shouldn’t be to reach as many users but to ensure that the right content reaches the right audience. Based on the latest data, most gamers are 18 to 34 years old. However, statistics also show that gamers belong to all age groups, genders, and ethnicities. In other words, gamers are just like influencers and, while some of them enjoy exploring new titles and genres, others prefer sticking to a specific type of games.

Getting to know your audience is also relevant if you plan to promote your brand via ads or sponsored videos, which are two other popular influencer marketing trends on YouTube.

We all know that ads are skippable, but deliver the right ad to the right person, and you have a potential qualified lead. As far as sponsored videos go, brands in this scenario can simply make a deal with an influencer who will then dedicate a segment of their video, or an entire video, to just talking about a certain product or game.

No matter which route you take, YouTube is undoubtedly an excellent platform for businesses in the gaming industry to promote their brand and drive sales — and the platform’s numbers are an excellent testament to that.

Twitch is a streaming platform that allows content creators to broadcast their gameplay. It also covers a variety of different streams, such as real-life streams, music broadcasts, eSports competitions, and much more.

If you ever need a reason to promote your brand on Twitch, just remember that in February 2021 alone, users viewed more than two billion hours of content.

The principle is similar to how videos on YouTube work, except in this case, the video is streamed live. This allows the audience to engage with the streamer in real-time rather than through comments.

Just like streamers partner up with Twitch, marketers, brands, and video game developers often partner up with streamers. This is because, apart from promoting games, Twitch is also an excellent platform for PC hardware manufacturers to promote their products.

Namely, if you’ve been around Twitch long enough, you might’ve noticed that nearly every streamer has their PC specs listed next to their “About Me” section.

Gamers are often interested in streamers’ PC specs, whether it’s the headset, the microphone, or another peripheral. One of the practical reasons for this could be simply knowing what it takes to run the streamed game smoothly. This is especially noticeable among the streamers of CS:GO and similar games, where settings and PC gear can make a world of difference.

Some gaming gear manufacturers even sponsor streamers with a complete setup. For that reason, you can often find affiliate links and the streamer’s special code in the streamers’ “About Me” section that gamers can use to buy PC gear at a discounted price.

Lastly, similar to how some YouTubers create content for specific types of games, certain streamers attract a certain type of audience, which makes the entire process of finding your target audience significantly easier.

No matter how you look at it, Twitch is a platform for tech-savvy gamers, which is why it is one of the best platforms for influencer marketing in the gaming industry. However, as is the case with YouTube, knowing your audience and choosing the right streamer to promote your brand is crucial for the success of your campaign.

Let’s talk about regular sports for a second. The NBA has a lot of rules and restrictions that prevent players from promoting their gear, which is why every player has a deal with a well-known sneakers manufacturer.

In soccer, clubs make kit and shoe deals with manufacturers and also earn revenue by partnering up with brands and wearing their logos on their shirts. Moreover, clubs always display commercials right next to the pitch, which are then seen by thousands of fans around the world. 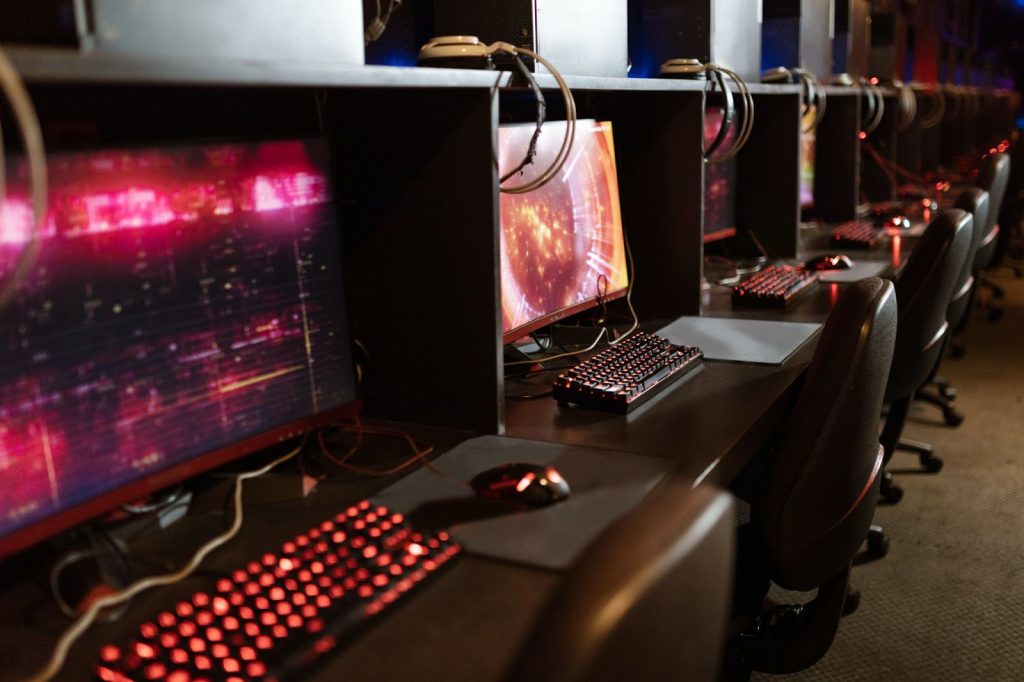 With that in mind, why should eSports be any different, especially if you consider how big of a market the entire gaming industry is? Well — it is not. In fact, numerous brands are already using eSports tournaments as a way to promote their brand.

In today’s time, eSports tournaments, like The International, offer millions of dollars in prizes. Not only do such tournaments bring together the best of the best to compete for massive prize pools, but they also attract millions of fans across the world to either watch the tournaments live or on platforms like Twitch or YouTube, where the action is streamed in real-time.

Just like the “regular” sports players, professional eSports players are a part of a team or an organization. Additionally, they also wear their team’s apparel when attending tournaments or streaming, which includes jerseys or hoodies that display logos of other brands on them.

However, while you technically can buy the team’s merchandise, the players are promoting the brand too. In this case, rather than investing in a single influencer, brands sponsor an entire team of them.

Another popular trend that marketers use to promote their brand is paying to sponsor certain tournament segments, such as the analysis board or the replay section, for example.

Some brands, though, choose to go a step further and sponsor entire tournaments. One example that comes to mind is the IEM (Intel Extreme Masters), which is the most prestigious tournament in Starcraft 2 and CS:GO.

Leveraging the power of influencers to promote your brand and drive sales in the gaming industry works much like it would in any other industry. First, it is imperative to get to know your audience. Once you do, look for influencers whose follower base is most likely to be interested in your product.

As we mentioned earlier, the goal of marketing is to deliver the right content to the right audience. Of course, while you should always strive to reach as many potential customers as possible, remember that the best approach is focusing on entertainment and letting the advertisement happen organically.

While we have shown you several most popular approaches that brands use to engage their audience and promote their products, the exact specifics of your campaign will depend on the product you are trying to advertise.

Therefore, be it PC gear, energy drinks, video games, or anything else gaming-related, make sure to do your research and optimize your marketing strategy accordingly.

Milica Strugar is a prolific article writer, an industrious researcher, tech enthusiast, and passionate about utilising every piece of modern technology at her disposal to find the answers she seeks. She loves otters so much she could spend a good hour looking at random otter videos on Instagram.
Previous Post
Next Post