Who would’ve imagined that a time would come when 500 million people would tweet each day. 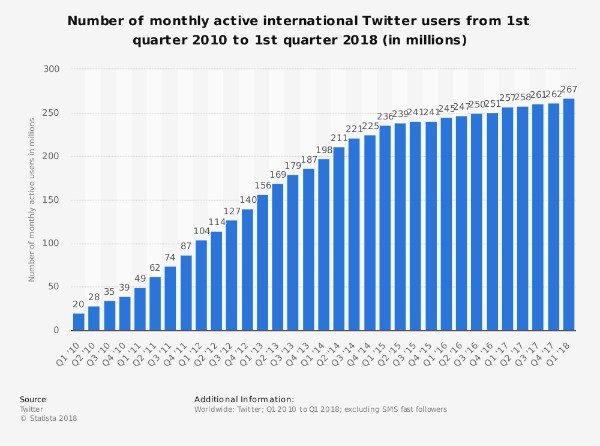 As observed from the above statistics, 336 million users surf on Twitter on a monthly basis. 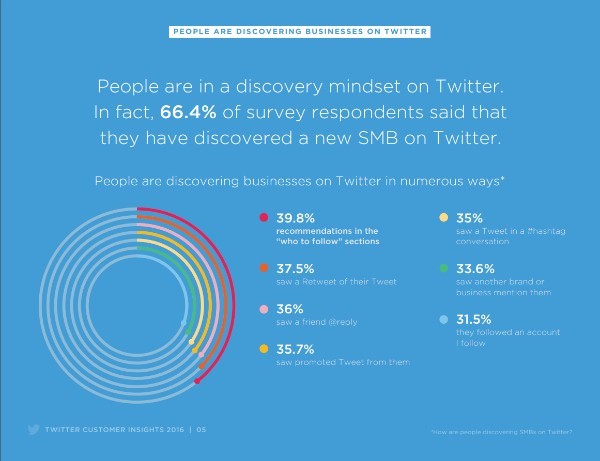 If this isn’t enough to convince you to step up your game on Twitter, we don’t know what else will.

Whether you’re a freelancer or a small business, Twitter can be utilized to get new sales or reach potential prospects or customers. Which is exactly why JARVEE has decided to compile a list of 5 tactics you can use to experience a positive growth of your business.

So without further ado, close all other extra tabs you have, stop other distracting activities and have a quick 5 minute read that may change the way you perceive Twitter. 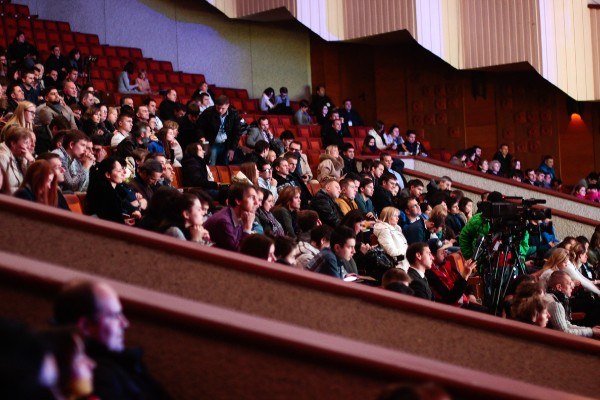 A good rule of thumb in business is to listen to your customer feedback. If not feedback, listen to what exactly are they talking about related to your product or niche.

Twitter analytics gets your job done in regards to what is stated above. It proves itself as a great way to collect data about your audience.

Moreover, you can easily understand the concerns and pain points of your audience with a little bit of analysis. 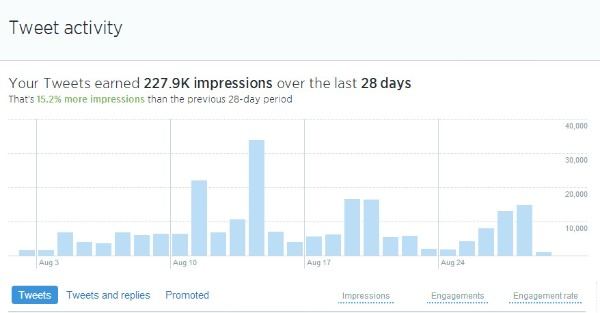 However, there’s more cream to be added on top of that.

The Twitter search allows you to research on keywords, hashtags or topics.

There is a simple search.

And an Advanced search. 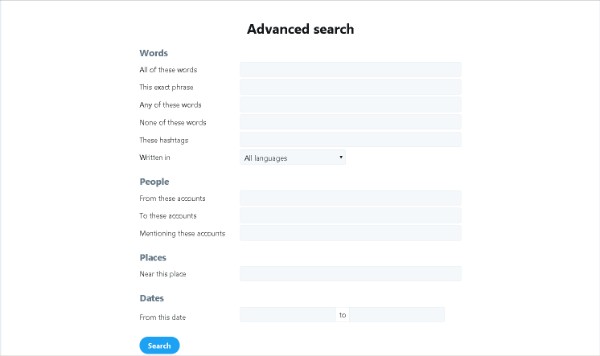 Both are quite self-explanatory so we suggest you get your feet wet a little with their search engine.

Twitter search can be used for different purposes. One of them includes the research of your niches’ audience. Say you type #social media management in the Twitter search. This is what will come up. 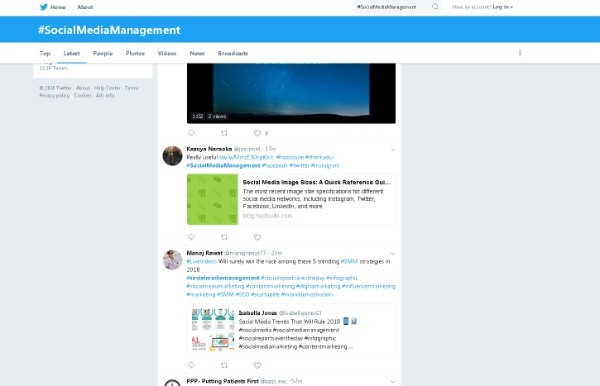 As you can see there’s quite a bit of data you can gather from here. You can observe what is your audience talking about, other hashtags they are using. Last but not least, you can even curate more content ideas by researching what your audience is sharing!

However, you’re missing out on a piece of your marketing puzzle, if you haven’t already placed it.

Let’s talk more about that in Tactic 2.

2. Use Images To Tell Stories. 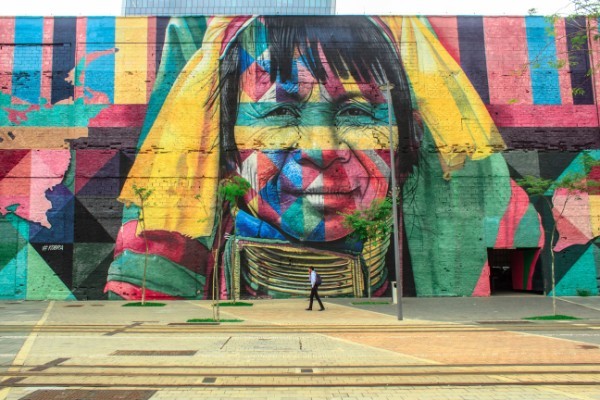 There is no doubt on the fact that you get more visual context from an image than just a tweet for a link. And when you add a story in your images, you just discovered a formula for success.
We shed some light on storytelling in this Instagram post, it is an insightful, 5-minute read.

How? Every brand has a unique way to do so. Some people design images which trigger an emotional response. Some ask a question in an image. Because of the nature of the photo, it is more likely to be seen by more people hence making it more likely for them to respond. This in a way starts a cycle of sharing and response.

Storytelling in photos not only keeps your audience on their toes but it’s also a creative way to gather data about them. Think about how you can use images to effectively form a story.

Remember to not hard sell. Pictures are not billboards so don’t treat them like that. The max you should do is soft selling, otherwise, it looks spammy and people will not follow you. Think about what will make someone fascinated or catch their attention. Remember, Seeing is believing. 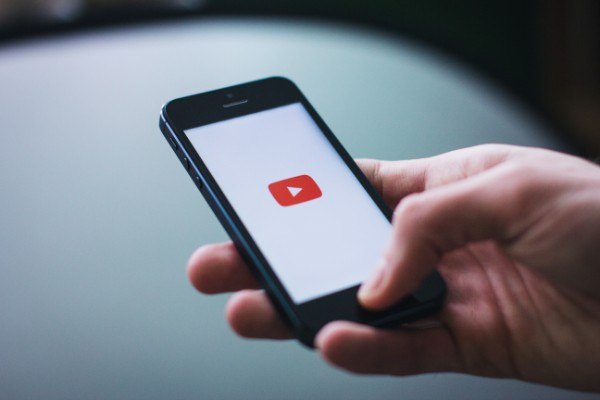 The effectiveness of video marketing has been discussed several times on our blog before. If you still don’t believe us, then ask yourself a simple question.

There are many ways to share a video on Twitter. You have the ability to import a video directly to Twitter for the purpose of sharing. However, an even better feature is the use of Twitter’s live stream.

The Twitter live stream allows you to record a video for up to 2 minutes and 20 seconds. If you don’t want to tweet publicly you can also tweet someone directly.

There are many ways to use video marketing on Twitter. For example, many new and smart influencers give their audience a personalized thank you message for following or engaging with them.

Another commonly observed tactic is asking your audience a question/questions through Twitter video. Since a video is more likely to get a response from your audience, you’ll be able to gather more data from the questions you ask.

You can even share YouTube videos so that they can be watched directly on Twitter. However, try to use this in a sense of either being helpful or being a good storyteller. Don’t spam your audience with ads.

In conclusion, if you want to reach a person, be it a great potential influencer for your brand or perhaps someone that you’re very grateful for on their engagement with your brand, a Twitter video is a great way to make a direct connection with them.

Twitter chats are very interesting and super conversational, which is why the engagement level with your audience is quite high.

The high engagement leads to a loyal customer base/followers and networking opportunities. This makes Twitter chat much more effective compared to other forms of interaction with your audience. So if you have a group of people you want to reach, setting up a schedule for Twitter chat would be a step in the right direction.

You will get to know your audiences’ views, pain points, common queries etc. You can even host an ask-me-anything with your audience to gather data about questions you have in mind.

People really look forward to such interactions. And so should you. 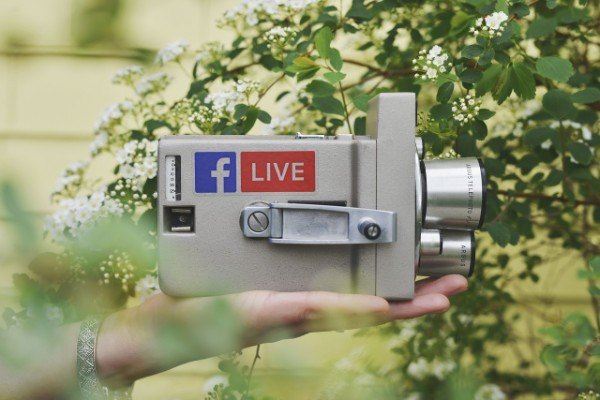 The power of live streaming is that it provides a very unique experience. especially on Twitter. It opens the doors to a lot of opportunities because of the high engagement it offers. Many brands use live streaming for Q&A sessions, webinars, networking or direct interaction with their audience. Before delving into live streaming, research on the different types of platforms that will suit your target.

Each platform has its own unique capabilities. One might be more effective for you than the other. This is why you should educate yourself on all platforms before using them. It may sound like a tedious task but in order to succeed, you must know the dynamics of each platform.

Periscope is a platform that is relatively new and drives great results.

This is a nice introductory video for Periscope.

We highly recommend that you look into different live streaming platforms associated with Twitter, see which one is right for you and set up a live streaming strategy.

Twitter is sometimes overlooked as a marketing platform due to the rise of many other social media sites. However, it still proves to be one of the most effective social media platforms to market on.