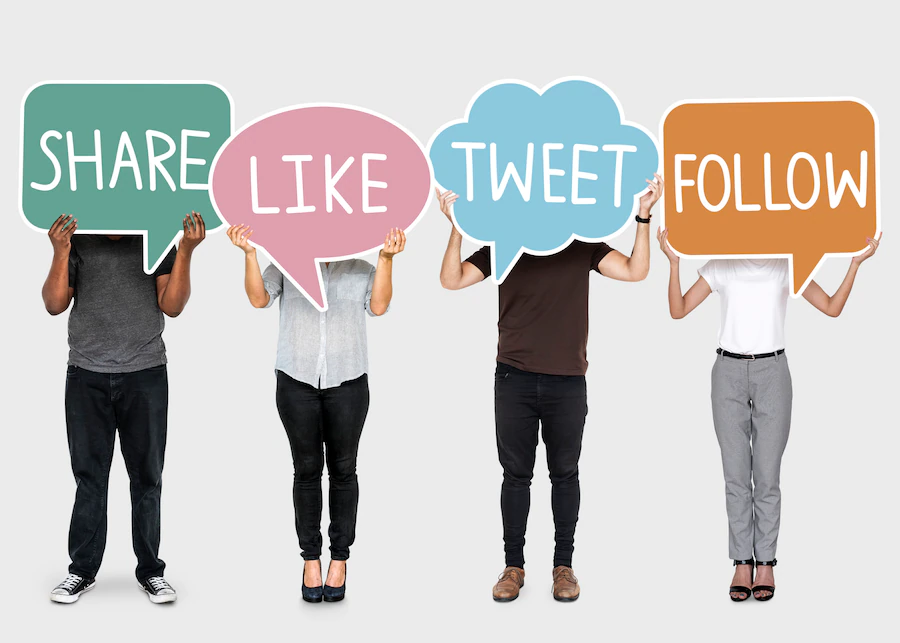 Social media marketing is an effective way of promoting a company’s products and services. It can also be used as a way to create awareness about a brand.

Social media marketing is important for businesses because it provides the opportunity to engage with customers, build customer relationships, and generate new leads. Different types of social media can be used for different purposes. For example, Facebook is often used for customer service or to create awareness about a new product or service. Twitter is often used to break news and share links to articles or blog posts. Instagram can be used as a way to promote images from an event or product launch. LinkedIn can be used to promote the company’s expertise in certain areas such as recruitment or digital marketing.

The Rise Of Social Media Marketing

The rise of social media marketing has been unstoppable. It has been the key to success for many businesses. With social media, companies can connect with their customers and bring them closer to the brand. 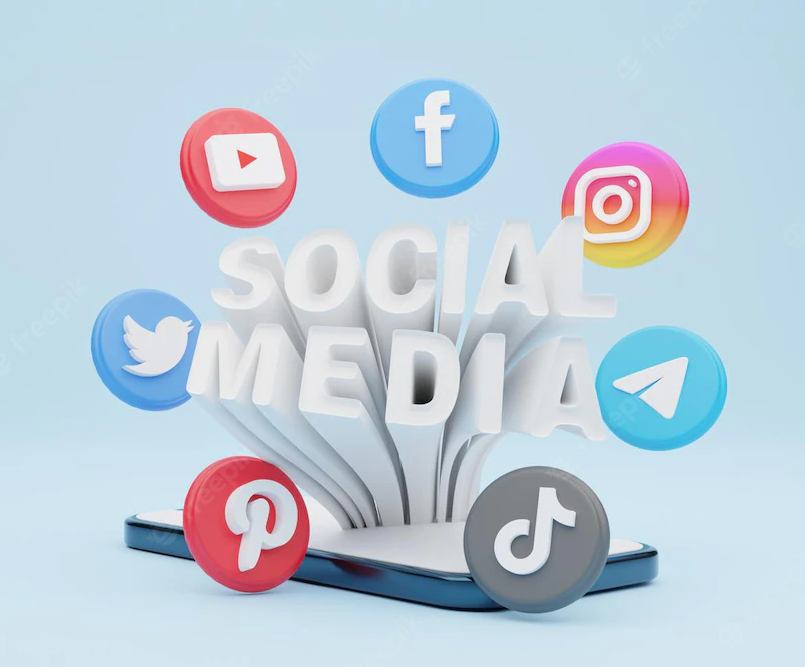 Social media marketing is not just about advertising on Facebook or Twitter anymore. Social media strategy is a lot more than just posting content and hoping that it goes viral. With CRM, companies can track their customers’ behavior, interests, and preferences to find out what they are looking for and tailor campaigns accordingly.

But there are multiple factors to consider while creating content, and the very first in them is uniqueness or the way you present your own words. Using your own words doesn’t mean you’ll never get plagiarised because you may get self-plagiarism in your content.

So, the best option is to check for plagiarism before uploading your content, and the only option to do this job is to use a plagiarism checker.

The rise of social media advertising has been instrumental in the growth of this industry. It has made it possible for companies to reach out to potential customers on a global scale at an affordable cost

6 Examples Of Original And Viral Campaigns

McDonald’s launched its Shamrock Shakes campaign to celebrate the arrival of spring. It is a seasonal drink that is available for a limited time only. The campaign was launched with a TV ad, which was aired on March 1st. 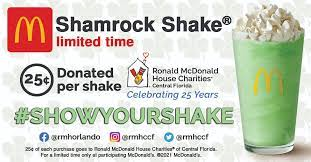 The Shamrock Shakes campaign has been successful in terms of generating buzz and demand for the product. McDonald’s had to go back to the drawing board after their initial launch and redesign the packaging because they underestimated the demand for the product and ran out of supplies in many stores.McDonald’s Shamrock Shakes campaign is a perfect example of how a brand can use a successful marketing campaign to create sales.

It all started with McDonald’s Shamrock Shakes – a milkshake flavor that was only available for four days in March. The company’s goal was to drive sales by simply introducing the new flavor and reminding consumers about the limited-time offer.

The “Dorito Locos Tacos” Campaign is a very good example of how the use of AI can help marketers to create successful campaigns. It was launched in 2012 and it has been a huge success for Taco Bell. The campaign was started to reverse the declining sales of Taco Bell’s products, which were due to their competition from other fast food chains. 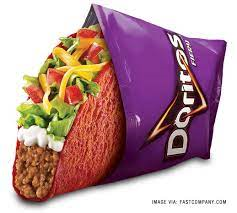 The campaign was designed by TBWAChiatDay and their main idea was to create a new flavor for the Nacho Cheese Doritos Loco Tacos. They wanted this new flavor to be something that would make people want more, so they came up with adding a layer of nacho cheese on top of the taco shell. This new flavor became an instant hit and Taco Bell’s sales increased significantly. The Dorito Locos Tacos campaign was one of the most successful campaigns in Taco Bell’s history. This campaign was launched in March 2012 and it was a success because it got people talking about Taco Bell. The main idea behind this campaign was to offer a new flavor of Doritos Locos Tacos by adding Nacho Cheese Doritos, which is one of the most popular flavors of Doritos chips.

This campaign had many different marketing tools that were used to promote it. The first marketing tool that they used, is that they created an ad for this new flavor by using the same ad from their previous promotion with just a few changes. They also created ads with celebrities such as Jay Leno and Rob Gronkowski promoting the new flavor on social media sites like Facebook, Youtube, etc

3. The Dear Kitten Campaign by Cheezburger.com

Cheezburger.com is a website that provides funny pictures and videos for people to enjoy. The “Dear Kitten” campaign was a way for them to able to provide content for people who are interested in cats. 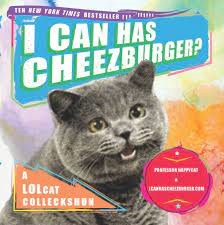 The “Dear Kitten” campaign by Cheezburger.com is an example of a successful marketing campaign that utilized AI to create content for the company. It was launched in 2012 and it was a huge success because it was able to generate more than 2 million views in just one week.

The purpose of the campaign was to get people to adopt cats from animal shelters, as well as provide information about how much fun having a cat can be. This campaign is a great example of how AI can be used to create content for marketing purposes. There are many use cases of AI writing tools that are not only limited to generating blog posts or articles but also generating images and videos.

4. What the Houston Rockets Did to Sell Tickets and Start a Community Effort After Hurricane Harvey

The Houston Rockets is a professional basketball team in the National Basketball Association (NBA). They were founded in 1967 and have won two NBA championships. In the aftermath of Hurricane Harvey, they sold tickets to help raise money for hurricane relief. 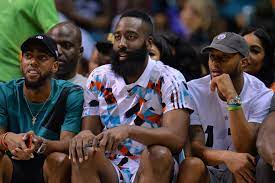 The Houston Rockets are teaming up with the Red Cross to sell tickets to their games and raise funds for Hurricane Harvey relief. The organization is working with the NBA, NBPA, and other teams to use their platforms and resources to help those affected by Hurricane Harvey.

The Houston Rockets were looking for ways to not only sell tickets but also help the community after Hurricane Harvey. They turned their attention to the upcoming season and announced that they would be donating all proceeds from ticket sales to hurricane relief efforts. This is a great way for the team to help out their community and make sure that they are doing everything they can to help those who are in need.

5. How Jet Blue Turned a Negative Situation into a Positive One with Its #JetsetterOffers

In 2014, JetBlue was ranked as the 9th largest airline in America by passengers flown and the 8th largest by seats flown. JetBlue has been in the news for all the wrong reasons lately. From a passenger having to sit on a toilet for three hours because the crew didn’t want to clean it, to another passenger who was told that she couldn’t breastfeed her child on board, Jet Blue has been making headlines for all the wrong reasons.

But JetBlue is also in the news for all the right reasons as well. They have recently started their JetsetterOffers program which offers rewards and discounts when customers are flying with them. It’s an offer that is not only going to keep customers coming back but also give them something they can feel good about when they’re flying with JetBlue again. JetBlue is also known for its philanthropic efforts, especially with its “JetBlue Asks” program which launched in 2015 to help people find ways to volunteer in their neighborhoods or communities.

6. Dunk in the Dark by Oreo

Oreo is one of the most popular snack brands in the world. It has been around for more than 100 years and has been an iconic American brand. 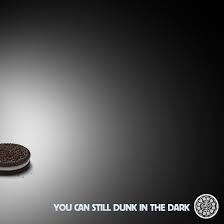 In 2013, Oreo released a new flavor called “Dunk in the Dark.” The company made a big splash on social media with its marketing campaign. It created a series of ads that showed people dunking their Oreos in milk while they were sitting in the dark. The company’s Facebook page had more than 150 million likes, which was more than double what it had before releasing Dunk in the Dark.

The campaign was so successful because it struck a chord with people who liked to dunk their cookies in milk while sitting at night. The campaign also got people excited about Oreo’s new flavor and made them want to try it

Aabhas Vijay is the founder of Avija Digital a digital PR agency based in India. He loves to talk about digital marketing and how to grow your brand on a limited budget.